Karate probably had its beginning with the pre-historic man out of need to defend himself from his enemies, i.e., other men or animals. Pre-historic man survived and evolved, which serves as evidence that his fighting system in defending himself was successful in the era before and coinciding with the development of weapons. No written records or systematic indexing of this fighting system has existed. Systemization of karate has only occured in the last few centuries.

The foundation of Yoshukai Karate is built on the art of “empty-hand-fighting”.  Punching, striking, kicking and blocking are the fundamental techniques that are reinforced by correct physical and physiological training principles.  Students practice kata (forms) and kumite (free sparring) with emphasis on form, balance, timing, concentration of power, and speed.  Additional training in oriental weaponry and advanced self-defense are provided for advancing students.

The man most responsible for this systemization and introducing it to Japan proper was Gichin Funakoshi. As the study of karate in Japan became increasingly popular, may other experts emerged. Among the better known was the late Dr. tsuyoshi Chitose, 10th Degree and founder of Chito-ryu Karate. An advanced student of Dr. Chitose, Mamoru Yamamoto, 8th Degree, superimposed his own unique physical talents into Chito-ryu Karate. As a result, the Yoshukai system was developed. Yoshukai roughly translates as training hall of continuing improvement and development. 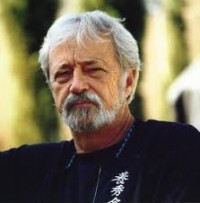 Mike Foster, 7th Degree, studied with Mr. Yamamoto in Japan for a period of ten years and in 1966 brought the system to the United States. Mr Foster holds an Instructors Degree from the Ministry of Education in Japan. He is currently the Director and Chief instructor of the Mike Foster Yoshukai International Association with the branch dojos in Denmark, Germany, New Zealnad, Puerto Rico, and throughout the United States.

Mike Smith, 4th Degree, studied with Mike Green, 5th Degree and received a 1st Degree in Tae Kwon from Pok S. Yun. Mr. Smith is a WAKO World Champion, a 3 time NASKA National Champion and has 23 years of martial arts experience with 18 years as an instructor. Presently, he is the Chief Instructor at the Martial